Asyndeton – Increase Your Impact and Be More Memorable

Asyndeton is a Figure of Speech for improving Emphasis & Impact. It is part of a series on figures of speech and rhetoric. I share them as the English language has hundreds of figures of speech/literary devices to help you (dramatically) improve the effectiveness and impact of your various written, spoken, and social media communication.

While I include background information, Greek word derivation, and pronunciation, what is most important is the application of each figure of speech in your communication.

I tell my consulting customers, workshop participants, coaching clients, and students (I’m an adjunct professor at The Robert H. Smith School of Business), the same thing:

Asyndeton is a dramatic literary device to make your points and stories more memorable, which leads to greater impact. Use asyndeton for dramatic effect. Use it to quicken the pace of your speaking or the pace of the audience reading your materials. Use asyndeton to emphasize a point as it draws attention to the cadence of the words. It draws attention because there are no conjunctions or transition words between words, phrases, clauses, or sentences.

One of the most well-known examples of asyndeton is from Julius Caesar.  He wrote “Veni, vidi, vici” in a letter to the Roman Senate after he achieved a quick victory at the Battle of Zela around 47 BC. Translated into English, the phrase becomes, “I came, I saw, I conquered.” As you read or say this out loud, you’ll immediately notice the hurried cadence or fast rhythm. This very quick and very powerful phrase is just six words long.

Because asyndeton stands out in any communication, its effectiveness typically diminishes with repeated use. Use asyndeton sparingly.

Here are some guidelines for you to ensure the use of asyndeton achieves your communication goals:

Look at the examples below. See how asyndeton is used to dramatically increase the effectiveness and impact of your words. Then experiment, mixing and combining other figures of speech in your various communication. See how pairing Anaphora with Asyndeton makes for a high impact moment.

Example 5:  From One of My Student’s Final Presentation

Example 6:  Julius Caesar’s Veni, Vidi, Vici from his Letter to the Roman Senate

References: I use a combination of my experience, my personal library of books and journals, and sources from the Internet. My favorite sources include, in alphabetical order: American Rhetoric, Encyclopedia Britannica, LitCharts, Literary Devices, Merriam-Webster Dictionary, Oxford English Dictionary, Silva Rhetoricae, and ThoughtCo. My favorite books include: A Handbook of Rhetorical Devices by Robert A. Harris; Elements of Eloquence by Mark Forsyth; and A Handlist of Rhetorical Terms, 2nd Edition by Richard A. Lanham. 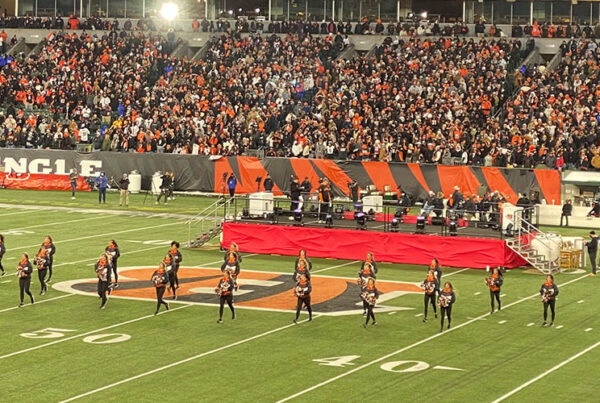