In November of last year, Susan and I were working on her story library to help position her for the next senior/CxO role. As part of the process, I encouraged Susan to identify high-impact experiences/events that would serve as the source for her various stories and messages. I provided her with a list of questions to inspire deeper reflections on 2022 and her entire life. In this way, we could identify the best stories that matched her professional goals.

“What better way to better yourself is to learn from yourself,” I said to Susan. “People will love learning more about you and your journey. And in the process, come to learn more about your capabilities as a senior leader.”

Since we are starting 2023, I thought to share Susan’s favorite questions I posed to her. Use them for reflections on 2022 related to storytelling and your career. Learn from 2022. Learn from 365 days of living and experiencing. And with each reflection, I included some questions to inspire your thinking. As you reflect, use these suggestions to spur additional insights and learnings. (Also, I posted this to my LinkedIn page)

3.  What was the best story you heard from friends or family?
Why this story? Did hearing it change how you think? Change how you act?

4.  What was the best story you heard in the workplace?
Why this story? Did hearing it change how you think? Change how you act at the office?

5.  Of the stories YOU told last year, which was your favorite?
Is it a new one from an experience in 2022? Or a favorite that you continue to share? Why is it your favorite? Is it because of the reactions you get? Or how it makes you feel sharing it? Perhaps both? How does this particular story affect your reflections on 2022?

“Life can only be understood backwards; but it must be lived forwards.”

6.  Of the stories YOU told last year, which story evoked the greatest response?
Was the response what you expected? Was it a 7, 8, 9, or 10 on a scale of 1 to 10? Why do you think it evoked such a response? Was it the words? The message? The delivery?

7.  Of all the pictures YOU took in 2022, which one stirred your emotions the most?
How did you feel at the moment of taking the picture? Was it a planned event? Spontaneous? What did you do with the picture – share? Frame on a wall? Post on social media? What stories have you told about the experience? How has this particular photograph shaped your reflections on 2022?

8.  Whom did you impact the most?
Was it a family member? Colleague? Someone you mentor? A new pet (save an animal)? Volunteer at a charity/non-profit? Will the “impact” carry itself through to 2023 and beyond? Can you replicate it with someone else? How can you make an even bigger impact next time?

9.  Who impacted you the most?
Significant other/Spouse? Mentor? Protégé? Someone at a charity/non-profit? Character in a book? Family member? How did you decide on the level of the impact? Will the “impact” carry itself through to 2023 and beyond?

10.  What was THE most unexpected thing to happen to you?
Of course, every year brings with it a different set of experiences. Thinking of just 2022, what surprised you, bad or good, THE most? Why? How has the “thing” changed your thinking, actions, and feelings?

“Learning without thought is labor lost. Thought without learning is perilous.”

Below is a list of famous people known for reflection, typically with a journal or diary. I included links where possible. Perhaps one or more of these people can influence your Reflections on 2022?

Edison took more than 5,000,000, that’s five million, pages of notes spanning more than 3,500 journals. He was awarded more than 2,300 patents, the third highest of all Americans. You can read all about his innovations, patents, and inventions and what has been digitized here.
1847 – 1931

Einstein was a prolific writer. After his death, more than 80,000 pages of writings on science were discovered. Within this discovery were Einstein’s travel diary. Princeton has about 25 pages in PDF and The Albert Einstein Archives are housed at the Hebrew University of Jerusalem.
1879 – 1955

Known as the “Mother of Modern Physics,” Curie died from a rare condition called aplastic anaemia. This condition was brought about by her research using the radioactive elements of radium and polonium. She was the first and only woman to win a Nobel Prize in two different fields. And because of her studies, her personal effects including her notes are still radioactive, and will be for another 1,500 years! Her notebooks are stored in lead-line boxes at the Bibliothèque nationale de France in Paris (National Library of France).
1867 – 1934

Darwin’s Journal chronicled his life, from 1838 to 1881. On many of the pages, the left side contains notes related to science and the right side contains notes related to personal events. He published his notes and sketches in the book, The Voyage of the Beagle. And this momentous voyage led to Darwin’s writing, The Origin of Species. Both books are available to purchase at your favorite book retailer.
1809 – 1882

According to the British Library, da Vinci “kept notes and drawings of his studies, ideas, and inventions. Over 7,000 pages have survived, including this notebook known as Codex Arundel… The notebook features many topics, including mechanics, the flow of rivers, astronomy, optics, architecture and the flight of birds, demonstrating Leonardo’s intense curiosity.” You can read the Codex Arundel here.
1452 – 1519

Visiting the Ann Frank website, you’ll immediately see a powerful, three-part question. “How did Anne Frank’s diary become one of the most read, most important, and most inspiring books in the world?” And the home page states, “Anne didn’t just keep a diary. She also wrote tales and planned to publish a book about her time in the Secret Annex. After the war, Otto Frank fulfilled her wish. Since then, Anne Frank’s diary has been translated into more than 70 languages. Discover the story behind the diary of Anne Frank.” She received her diary in 1942, when she was thirteen. This was about three years after the start of World War II. Visit the Ann Frank House here.
1942 – 1944

In Mexico, Kahlo is known as la heroína del dolor, “the heroine of pain.” She is a treasured, national idol because of her writings and paintings, much of which is influenced by Mexican culture. The color version of her diary sold between $100,000 and $500,000 USD and is published in multiple countries.  Google’s Arts & Culture has posted a variety of her entries in an online gallery called, “A Peek at Frida Khalo’s Diary.”

The website states, “Frida Kahlo’s life was expressed through her work. A chronological look at her artwork provides an understanding of the events that changed her life: her passions, motivations, disappointments, and desires. Painting was cathartic for her. However, writing and keeping a diary also helped her to establish a relationship with herself, and to find a way of expressing her afflictions during the final 10 years of her life.”
1907 – 1954

“From 1803—1806, in an exciting journey to the Pacific Ocean and back, Lewis and Clark’s Corps of Discovery mapped the lands, described the natural wonders, and encountered the people of western North America” (Lewis & Clark website). This official site includes almost 5,000 pages from the eighteen original notebooks. The pages include images, maps, and text, all to describe the people, food, culture, history, terrain, fauna and flora, and navigation.
Meriwether Lewis 1774 – 1809 //  William Clark 1770 – 1838

“On the 23 February 1633, Samuel Pepys was born in Salisbury Court, London. The son of John, a tailor and his wife Margaret, Samuel Pepys would later become famous for the diary he used to record the everyday events that were happening whilst he worked for the Navy. His personal accounts documented an important period in English history from 1660 until 1669; as a historical source, his diary continues to hold great value and resonance for anyone interested in learning about this period in history from an eyewitness account” (website).
1660 – 1669

Known most especially for his Letters to Emperor Trajan of Rome, Pliny the Younger (Gaius Plinius Caecilius Secundus) was the Roman Governor of Bythynia and Pontus. His 247 surviving letters from more than several hundred, are contained in 10 books. The letters include the eruption of Vesuvius, attitudes of the Roman government towards early Christians, conversations with the historian Tacitus, and notes to Trajan. The latter are one of a handful of records detailing the relationship between the Ancient Roman imperial office and the governors. Read the Latin to English translations here.
circa 61 – 113

Scott was an explorer. And his final diaries come from his return journey from the South Pole during the Terra Nova expedition of 1910 to 1912. It was on this fateful trip he and his entire party perished from the brutal Antarctica weather. His diaries include his personal thoughts, activities undertaken during the expedition, the building of the bases, and science, and the trials and tribulations of his trip. Read his log/diary here.
1868 – 1912

Were we to ask these folks about their reflections, what would their responses be to reflections on 2022?

“Did you ever wonder if the person in the puddle is real, and you’re just a reflection of him?”

A Little Science Behind Reflection

There are several studies related to creative writing, journaling/keeping a diary, writing down one’s thoughts, and so forth. All consistently show a positive relationship between writing and improving mental health. Here are a few of the studies.

1. Emotional Expression and Psychological Symptoms: A Comparison of Writing and Drawing

In Berkeley University’s Greater Good Magazine article, the author cites this 2006 study of nearly 100 you adults. The results show, “people who journaled saw the biggest reduction in symptoms like depression, anxiety, and hostility, particularly if they were very distressed to begin with.”

3.  The Event-Specific Benefits of Writing About a Difficult Life Experience

“… experimental participants were emotionally stronger, less upset, and less cognitively avoidant about the particular difficult life event they wrote about compared to an event they did not write about.”

Here are some of our articles related to storytelling. Read some to improve your storytelling skills. With the improved skill set, you can take your reflections on 2022 into another level of storytelling engagement. 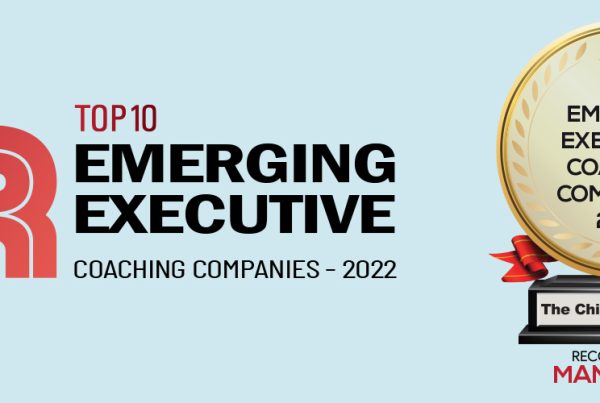 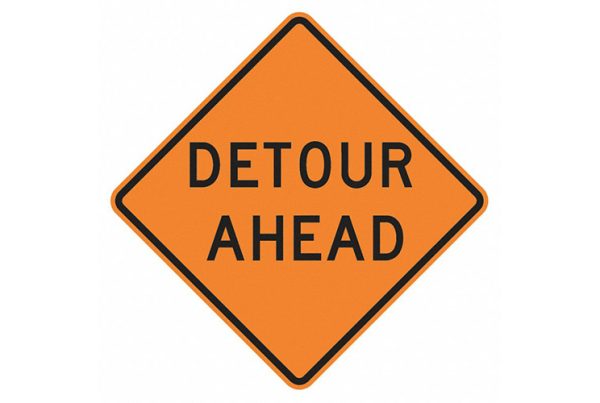 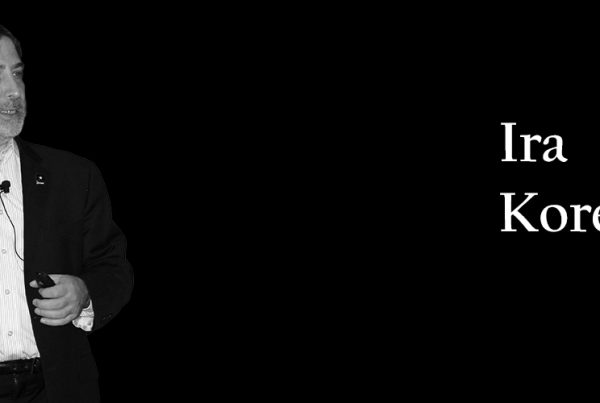